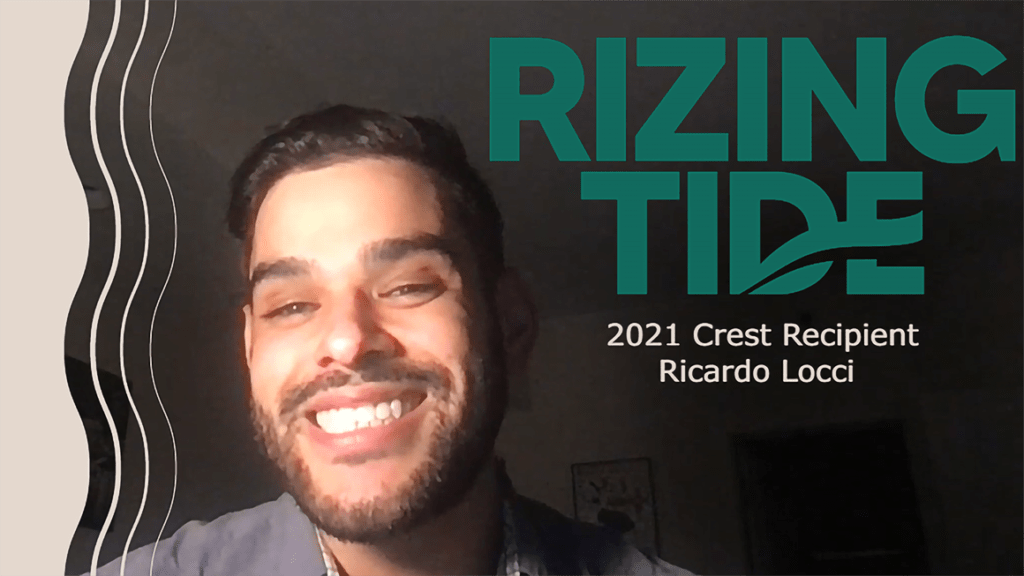 This is the first installment of Rizing Tide’s Lighthouse Series which spotlights our exceptional scholars. Stay tuned for the next installment!

Many people have heard the phrase “you are what you eat.” But what about “you are how you move?” Rizing Tide scholarship winner, Ricky Locci, has set his sights on joining the world of physical therapy to show patients that their quality of life directly correlates with how they move.

After beginning his educational journey in 2014, Ricky had to cut his undergraduate career short due to mental health issues. “I was diagnosed with bipolar disorder and I was facing PTSD after an assault,” explains Ricky. “During that time, I lost a lot of my health. I lost not only my mental health, but I lost my physical health.”

While overcoming this difficult time in his life, Ricky focused on his health, finding peace and power in his (frankly therapeutic) times of exercise. “I found that…I could do something that was good for my body and for my mind,” he says. During this time, Ricky fell in love with rediscovering the limits of his body—how it could move, the strength it possessed, and the perseverance he had to exhibit to exercise. Movement became his medicine and sparked his career path and passion for exercise and fitness.

Ricky started his career in movement at his own personal training company, Fitting in Fitness. Eventually, he joined Northwestern University’s physical therapy program so he could focus on changing the conversations around exercise, preventative medicine, and body image. With an interest in orthopedics and pediatrics, Ricky’s goal as a member of the physical therapy community is to remove the stigma and negativity around fitness and show people from different communities what movement can do not just for the body, but for one’s body image. “I believe that when people have control over their bodies and are living with less pain, and are living with more strength and more functionality, they can have a higher quality of life. That’s where the physical therapy aspect comes in.”

While pursuing that dream, Ricky is enjoying his time as a Rizing Tide Scholar at Northwestern. On the daily, Ricky most often finds himself loving the freedom to be authentic in his passion for exercise. He is looking forward to building his Rizing Tide network and continuing his impact and influence in communities both big and small.