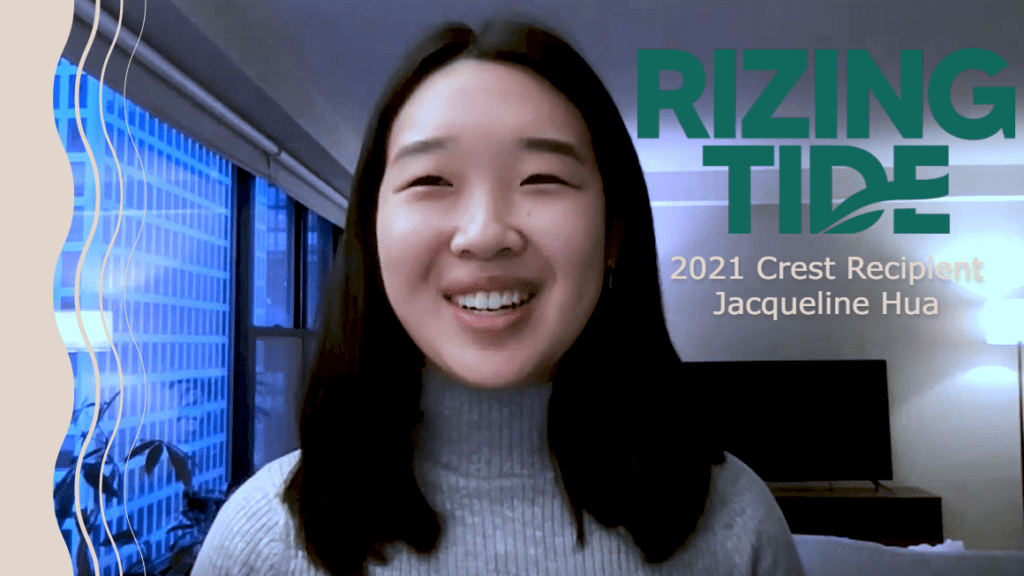 This is the fourth installment of Rizing Tide’s Lighthouse Series which spotlights our exceptional scholars. Stay tuned for our fifth installment!

It’s not uncommon for student athletes to spend a large portion of their careers with trainers and physical therapists. As you can imagine, these individuals can influence an athletic career by treating injuries, training athletes to increase performance, and preparing them for game day. For first-year PT student Jacqueline Hua, her physical therapist also influenced her choice in her professional career.

“I was actually a student athlete at Northwestern as an undergrad,” Jacqueline explains. “My physical therapist was also a Northwestern graduate from the Doctor of Physical Therapy (DPT) program. I really enjoyed working with her and thought she was a really great PT…I just wanted to have the same experience.”

Like most student athletes, Jacqueline experienced her fair share of injuries. Her physical therapist was involved in treating her lower back pain, ankle injuries, and even post-op recovery for her shoulder. No matter what the injury, Jacqueline was always able to come back as a stronger athlete. Because of her extensive PT experience, she envisions providing other athletes with that same great recovery and treatment that she received. “I’m definitely really invested in the process for athletes because I know what it is like as a patient and I just want to help other people in that situation get better as well,” she explains.

But she doesn’t just want to help athletes perform their best on game day. She wants to add diversity to the PT program and give BIPOC student athletes the opportunity to work with medical professionals who identify with their race, their gender, their ethnicity—their community. Jacqueline looks back on her experience as a student athlete and is reminded of the feeling that she had lost her sense of community because she did not have much representation around her. “It’s incredibly important to see people who look like you and have a similar experience,” says Jacqueline.

She doesn’t want her impact to stop at student athletes either. “I would like to really just help bring a different perspective based on my own experiences and also just decrease instances where patients have reported feeling like they weren’t getting adequate treatment due to their own identity,” she explains.

One way she hopes to bring a different perspective is by blending her Chinese heritage with modernized Western medicine. With popular Eastern medical treatments such as dry needling, cupping, and the Graston technique, Jacqueline sees room for alternative treatments to treat different types of people in ways they feel confident and comfortable.

As a Rizing Tide scholar, Jacqueline is excited to make an impact on the PT industry. With the confidence to take on new challenges and opportunities, she looks forward to collaborating with others and contributing to diversity efforts in her PT education.